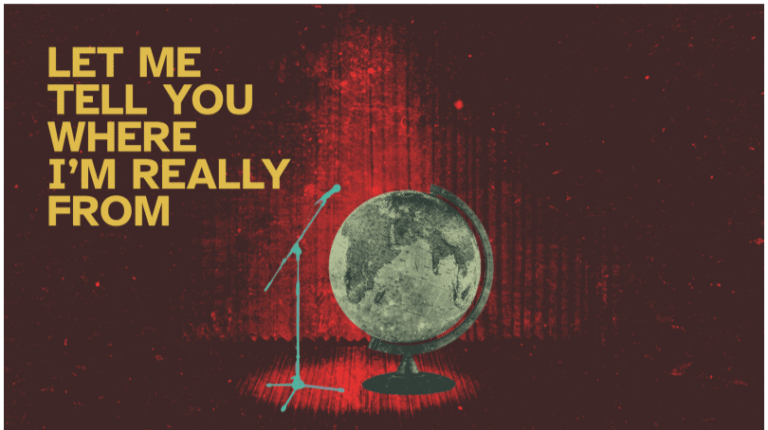 Stories of Identity, Strength and Belonging to be Shared at World Premiere Event at the Dairy Arts Center on January 8th | 6pm

‘Let me tell you where I am really from’ is a multimedia storytelling event featuring immigrants,
first-generation Americans, and native people who, in their own words, will answer the ever-present
question experienced by our non-white neighbors, “but where are you really from?”

“I felt the need to create a space for people like me to answer this specific question”, said Bimina Ranjit,
the show’s creator and producer. “ it is not a line word answer for many of us”

Colorado is most often described as one of the best places to live in America. A health haven, a place
with good schools, a place to go hiking and to drink beer with your friends. In Colorado’s “best places to
live” like Denver, Boulder, and Fort Collins, though, our performers’ experiences of being an outsider in
their own communities are common.

“I have realized the whole time I have been living in my culture and I wish I could have embraced it more
growing up,” said Miriam Moreno, Denver based comic who immigrated from Mexico as a child. “I also recognize that it’s hard for a child to understand when all they hear is everyone else telling them what they are.”

Stories from Bimina Ranjit, a New Yorker of Nepali descent who relocated to the Boulder during the
COVID-19 pandemic, Miriam Moreno, a 1st generation Mexican American Comic who calls Denver home,
Jeffrey Mizell, a nomad who found his home in Fort Collins, Rosario Del Rio, an anthropologist working in
the medical field who is originally from Panama but was born in Mexico and Evan Johnson, Native-Italian
comedian from Denver will be showcasing what it is like for non-white minorities to live in these places.
Boulder: the People’s Republic of Colorado. Denver: the Queen City of the West. Fort Collins: Choice
City. The list goes on. But our performers ask, which people are these places for, and are we part of that
group?

The performers will present stories on culture and identity, strength and resistance, triumph and failure,
comedy and vulnerability, entitlement and compliance.

The “Let me tell you where I’m really from” will play at the Dairy Arts Center’s Gordon Gamm Theater on
January 8th. For tickets and more information visit:
https://thedairy.org/event/let-me-tell-you-where-i-am-really-from/
Or Contact: bimina.ranjit@gmail.com | phone: 347-791-4408