Art on the loose!

Please enjoy a wide array of virtual content as you shelter in place, specifically created for Dairy audiences. In support of our artistic community, we will also be providing collaborative events, classes, or workshops with individual artists or organizations. We are just getting started, click here to sign up for email updates, and check back often for the latest additions to Free Range Dairy! From Legacy to Possibility, a curated playlist for Martin Luther King Day

Selection of songs chosen by musicians Hazel Miller and Julia Kirkwood for the celebration of MLK Day, 2021. From Hazel: … Now Showing – A prize-winner at the Venice Film Festival and Ukraine’s official submission for the 93rd Academy Awards, Atlantis is …

Mother F**ker In A Cape: Playwright Jeff Campbell In celebration of Black History Month, the Dairy Arts Center has partnered … Virtual cinema starting Feb 19 –  Millions fill stadiums across the world for the sound of Serj Tankian, the Grammy-winning … Wednesday Evenings at 7pm, MDT – a participatory virtual event. Practice the art of conversation with someone you miss! Tickets … 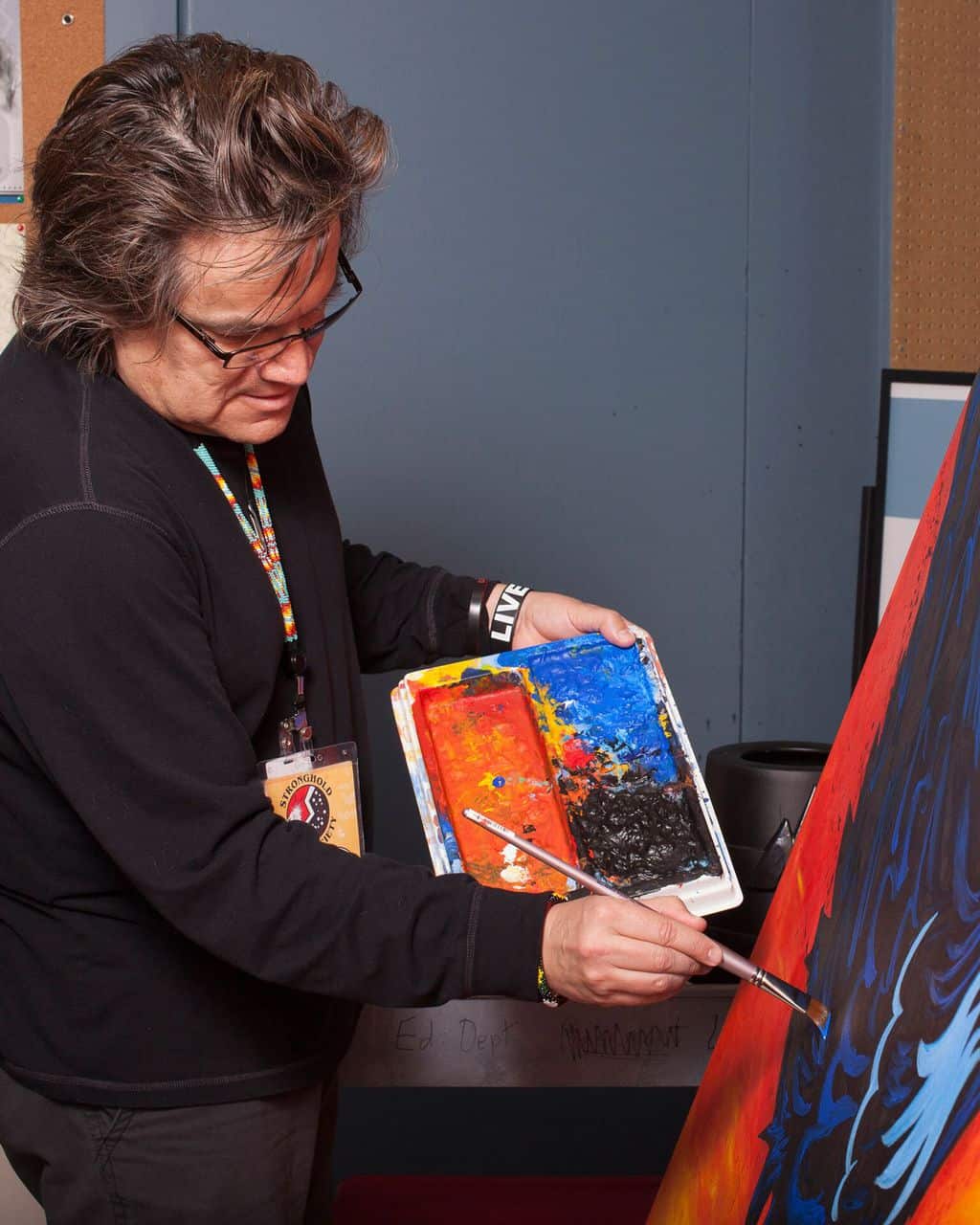 From Legacy to Possibility, a curated playlist for Martin Luther King Day

Selection of songs chosen by musicians Hazel Miller and Julia Kirkwood for the celebration of MLK Day, 2021. PLAY>>

A Change Gone Come | Sam Cooke
This song was the wail of sadness that so many people felt.

Too Many Martyrs | Phil Ochs

We Shall Not Be Moved | Freedom Singers

How I Got Over | Mahalia Jackson

I Can’t Breathe | H.E.R
This song speaks to some very specific events, (such as the ongoing list of deaths by Police officers imposed on Black citizens.), as well as current police brutality towards black people.

Freedom | Beyoncé
This song speaks to the fact that we’re trying to break free from the chains that continue to hold us down.

This is America (explicit) | Childish Gambino
This song tells it like it is. It shows how America continues to fight the same fight in different forms, but it also shows how both sides have things they need to figure out in order to end the ongoing violence and warfare.

I Just Wanna Live | Keedron Bryant
This song speaks to the true feelings and dangers many of us blacks are going through right now. This song being written by such a young person shows that the events taking place have a lasting effect on those of all ages.

Recorded via Zoom Webinar on November 1, 2020 – The theme for the night was FREE.

Hosted by Johanna Walker, public speaking coach and lover of all things story, based in Boulder, CO. With guest musician, co-host (and Johanna’s brother!), Hal Walker, multi-instrumentalist of TikTok Fame, based in Kent, OH.

Recorded via Zoom Webinar August 9, 2020 – $1600 was donated to the Equal Justice Initiative as a result of this show! A night of true stories centered around the theme of RACE, told from the heart, and from living rooms across the country.

Recorded June 30, 2020 via Zoom Webinar. Redlined – Author Linda Gartz discusses her book for this moment. Inspired by a trove of long-hidden family letters, diaries, photos, spanning the 20th Century, Redlined interweaves a riveting family story with the history of redlining. Linda will share this history, read short excerpts from Redlined, and speak about the federal government’s redlining policies that segregated America. She’ll display historic photos and talk about digitized versions of the original 1940s redlining maps.

Recorded via Zoom Webinar June 7, 2020 – Hosted by Johanna Walker, speaking coach, and lover of all things story
With guest musician and co-host, Hal Walker. And stories BY YOU! The theme for the night is RING.

A motley menagerie of wild (and not-so-wild) animals inhabit these stories about what it really means to be human. Featuring Stories on Stage favorites Erin Rollman and John Jurcheck!
Plus a chat after with the actors. Recorded May 14, 2020 via Zoom Webinar.

Free Range Magic with Ben Young and Braden Carlisle – Ben Young has thrilled audiences worldwide with his fresh spin on the typical magic show. Forget the rabbits and sequins, and join Ben in an upbeat show that focuses on a fun group experience! Find out why Ben was hand-picked to appear on the hit CW TV show Penn & Teller: Fool Us, has performed for the troops at 30+ military bases, and is a frequent guest performer in major casinos on the Las Vegas Strip! Offstage, Ben is just your average, nerdy, magic, part-time superhero. He holds a Bachelor’s degree in Psychology from the University of Tennessee, Knoxville and is a proud member of the International Brotherhood of Magicians, and dabbles with the ukulele. As always, the Boulder Magic Show at the Dairy is hosted and curated by our own Braden Carlisle.

Stories On Stage: Adults Alone – Recorded on April 9, 2020, via Zoom Webinar – Stories on Stage favorites Jessica Austgen and Geoff Kent perform an outrageous and funny short story, “Adults Alone.” When the kids are away, the adults will DEFINITELY play — and learn some weird new things about themselves, as well!

Artist Chat: We Are What We Wear – Recorded April 9, 2020, via Zoom Webinar – Associate Curator Drew Austin chats with artists of We Are What We Wear, previously exhibited in 2019 at The Dairy. Hear from Winnie van der Rijn (New York), Peggy Turchette (Colorado), and more artists from around the country on their current live/work situation and their connection to fiber media in a time of mask creation and repurposing.

Boulder’s Story Slam – VIRTUAL (recorded Sunday, April 5). Hosted by Johanna Walker, speaking coach and lover of all things story With guest musician and co-host, Hal Walker. And stories BY YOU! The theme for the night was VIRAL.