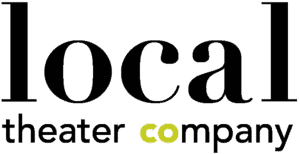 BUY NOW MAR. 15 – When Tony Schwartz was 35 years old, he was offered the opportunity of a lifetime – to write a book with an up-and-coming real estate magnate. He took the job, and the book was a runaway success; its subject was catapulted into worldwide fame. When that real estate magnate becomes the President of the United States and could single-handedly destroy Democracy as we know it, Tony has to ask himself, am I responsible?

“Orange Crush” was originally commissioned by, and is presented in partnership with, Roundabout Theatre Company. Jill Rafson, director of new play development, will serve as Dramaturg. – Directed by Pesha Rudnick

Local Lab is Boulder, Colorado’s premier 3-day festival of new works. Now in our eighth year, after a sold out festival in 2018, we offer fully-staged concert style readings, parties, and the opportunity for playwrights and attendees to participate in conversations that help move new plays toward full productions. Local Lab plays have gone on to be fully-produced all across the country.
+ Google Calendar+ iCal Export