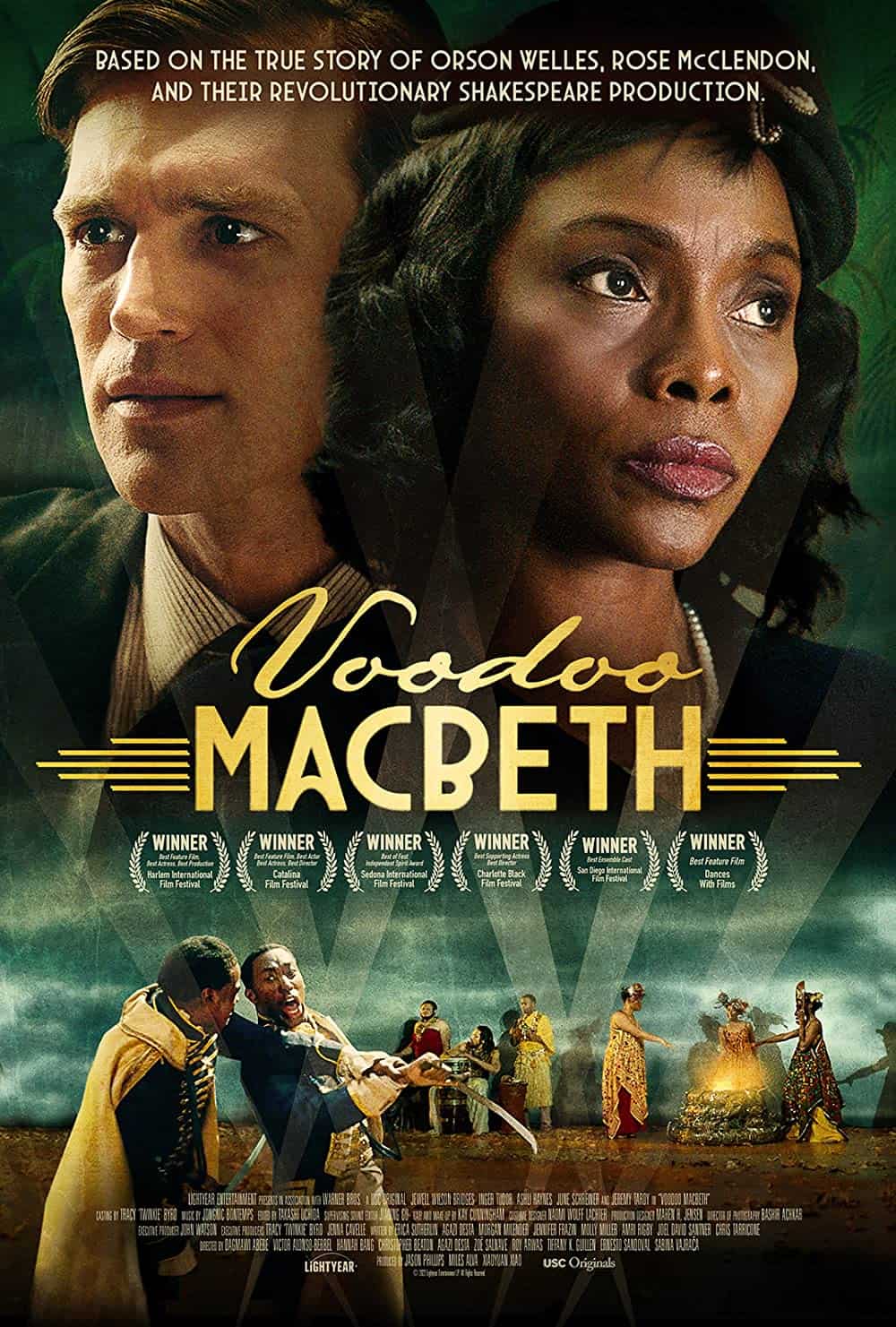 Nov 17-20 – Based on a true story. With DR’s New Deal providing funding for the Federal Theatre Project’s Negro Unit, director and acclaimed Broadway actor Rose McClendon, with the help of a young John Houseman, convinces 21-year-old Orson Welles to direct Shakespeare’s “Macbeth” for the Harlem community with an all-Black cast. It came to be known as “Voodoo Macbeth.” However, it quickly becomes clear that the road to opening night will not be a smooth one. Orson and Rose — who is to play Lady Macbeth — clash over everything from scene blocking to crew hires, while Houseman contends with a congressman hell-bent on shutting down what he deems “communist propaganda.” To realize their vision, Welles and McClendon must overcome political pressure, personal demons and protests fueled by the skepticism of the Black community. VOODOO MACBETH revisits a major moment in Black theater and a foundational early chapter in the career of Orson Welles – generally considered to be among the greatest and most influential filmmakers of all time. (2021, USA, 1:48, NR)