UndocuAmerica Monologues (English): 10 Years of DACA in Story and Song with musical guests 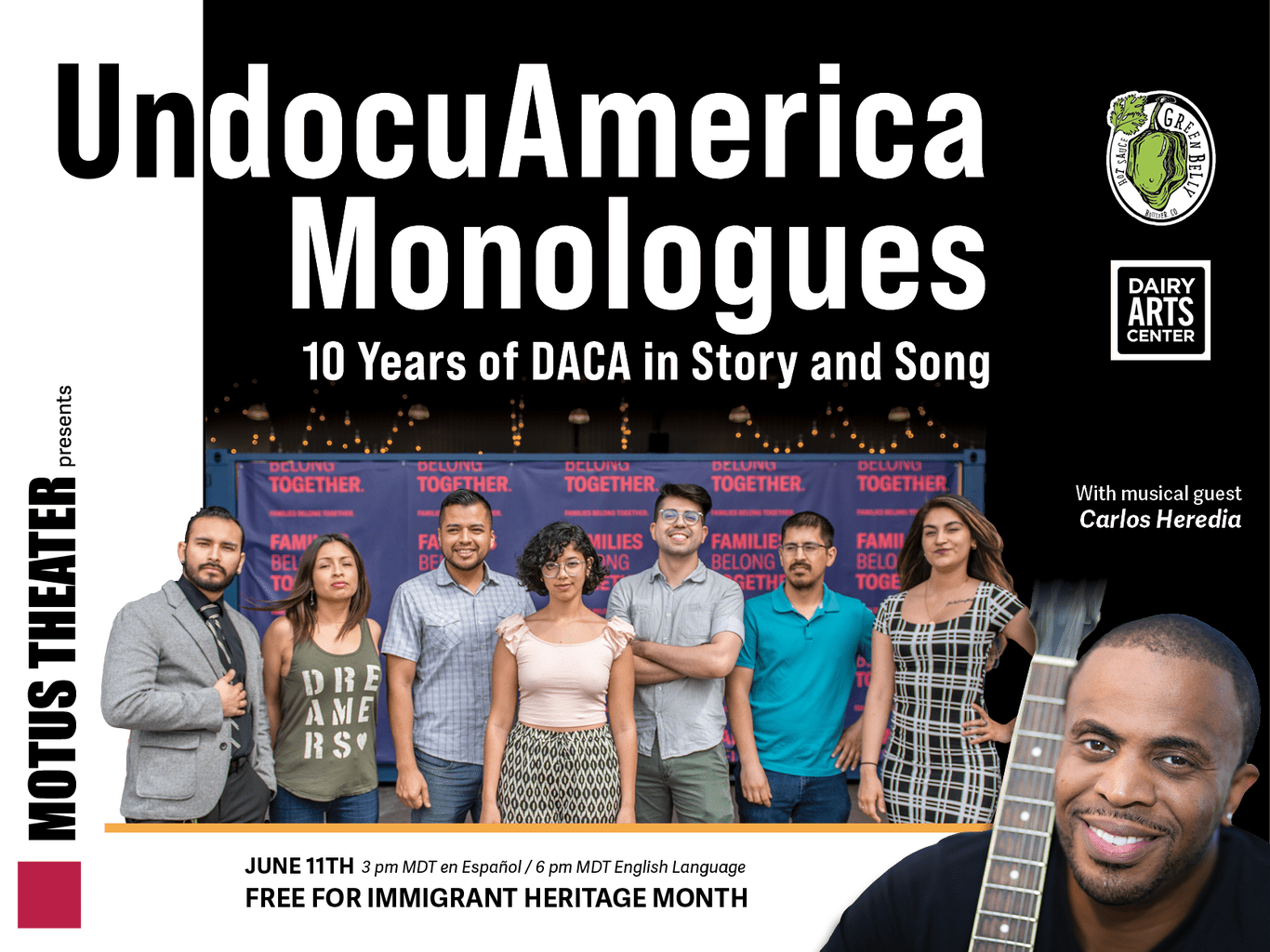 TICKETSSat., June 11 – Join Motus Theater for a special performance recognizing the 10-year anniversary of the establishment of DACA through poignant and powerful personal stories of DACA leaders, music, and visual art.

DACA was created to provide a two-year period of deferred deportation, a work permit and increased opportunity for higher education to children brought to this country without documentation. Motus has been developing artfully crafted monologues with DACA recipients to uplift the personal experience of people impacted by U.S. immigration policy since DACA’s inception in 2012. These performances aim to encourage thoughtful reflection on DACA and the families who are caught in the crosshairs of U.S. immigration policy.

“UndocuAmerica Monologues: 10 Years of DACA in Story and Song” will be presented on stage in Boulder in both English & Spanish.