This Is [Not] Who We Are – Film Screening & Discussion 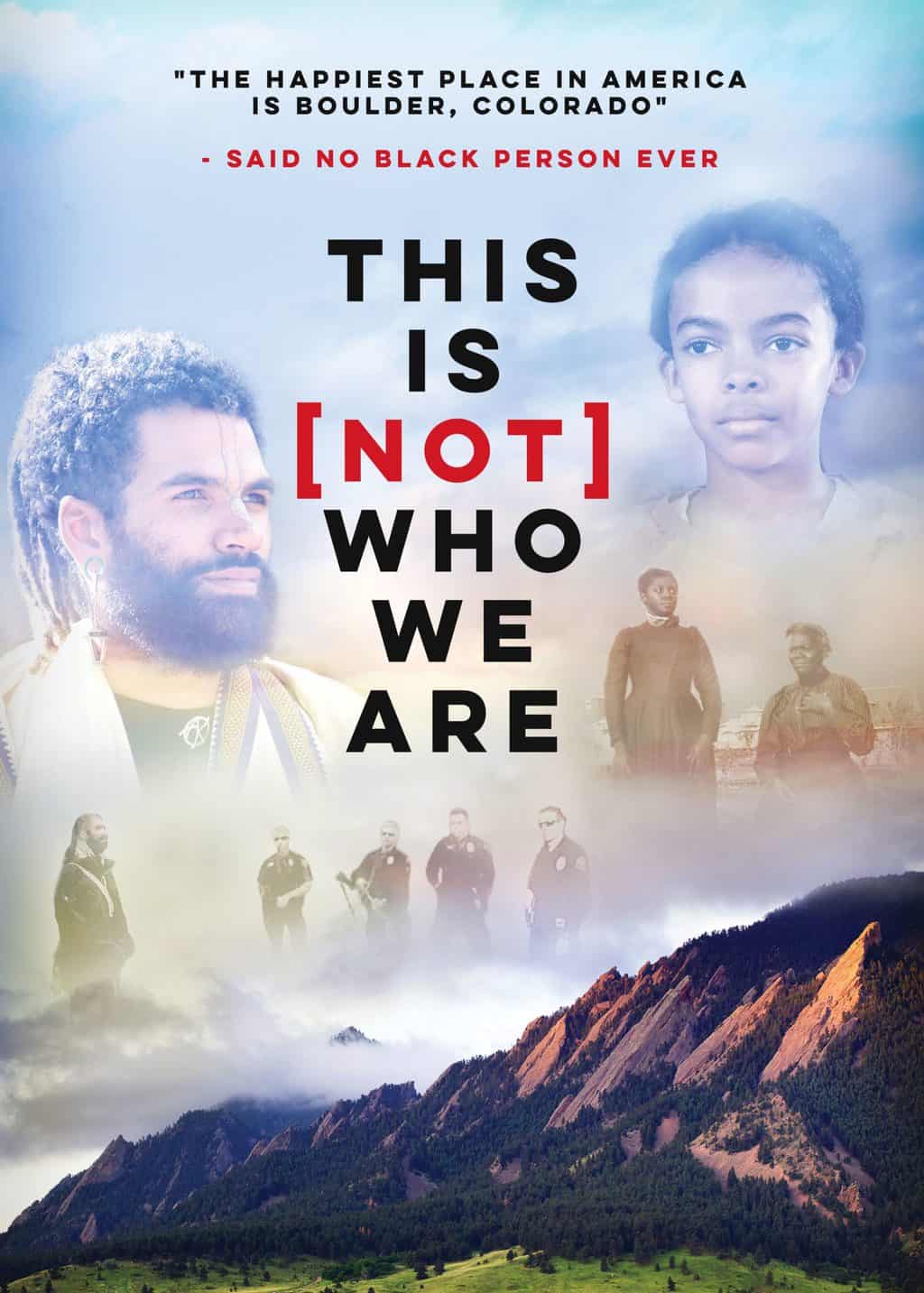 Let’s Go! This is not just a film screening, it is a call to action. Join us as we look at historical and present racism in Boulder and come together in community for racial justice.

Join us for a screening of the documentary, This Is [Not] Who We Are, at The Dairy Arts Center on Wednesday, May 25th at 7:00 pm.

Our guest presenters will help participants deepen their learning, connect in community and move toward action. The pre/post film discussion will include three special guests:

Boulder, Colorado, prides itself on being beautiful, welcoming, and inclusive. However, in 2019, racially-charged and dangerous policing involving a Black university student made national news. The documentary film, This Is [Not] Who We Are, explores the gap between Boulder’s self-image and the more complex lived experiences—both historical and contemporary—of its Black citizens.

Black people have lived in Boulder continuously for nearly 150 years, but their history is not well known. Black families faced discrimination in housing, employment, education, health care, criminal justice, and social activities. By the 1920s, Boulder had become a rallying point for the Ku Klux Klan. In the 1970s employment and housing opened up, but many problems remain. Although the particulars of Boulder’s history are unique, its social trajectory into the 21st century is nevertheless emblematic of many cities across the country that struggle to reconcile their liberal politics with the reality of their communities.

This is [Not] Who We Are braids the lived experiences of Black characters ranging in age from 12 to 78. Some stories are searing, while others are hopeful. The film seeks to open a space for dialogue among Boulderites and about cities like Boulder, overwhelmingly white, wealthy, and conflicted about issues of diversity, inclusion, and equity. Is a more economically and racially diverse future possible, both in Boulder and in cities like it across America?

This screening and discussion are presented by Boulder SURJ (Showing Up for Racial Justice) and Wholehearted Masculine in partnership with the Dairy Arts Center.

Boulder SURJ – The Boulder chapter of Showing Up for Racial Justice (BSURJ) aims to end white supremacy by bringing awareness to its damaging effects on our entire community and by taking concrete actions towards collective liberation. We aim to disrupt both hidden and overt racism in Boulder with accountability to Black, Indigenous, and other People of Color (BIPOC).

Wholehearted Masculine – Through leadership coaching and experiential group learning, we work with White men as they become action-oriented, accountable partners in disrupting systems of oppression and building a more equitable world for all.
+ Google Calendar+ Add to iCalendar