The Daily Life of Mistress Red 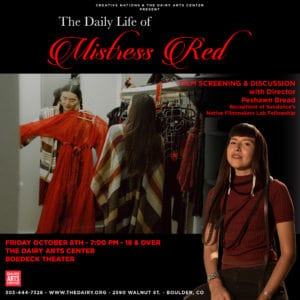 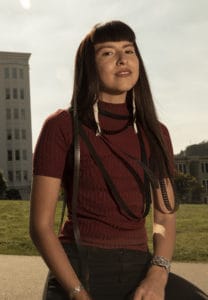 About the director:
Peshawn Bread (She/They, them) is a screenwriter and director from the Penatʉkʉ (sugar
eater) and Yapurʉka (root eater) bands of the Comanche tribe. Her writing focuses on Indigenous
women, sexuality, and humorous experiences. In the winter of 2015, she was introduced and welcomed as one of Sundance Institute’s Full Circle Kellogg Fellows. Peshawn was also a 2015-2016 recipient of the 4th World
Indigenous Media Lab Fellowship supported by SIFF (Seattle International Film Festival), and in
partnership with Longhouse Media, Sundance, and ITVS. She also attended the Sundance
Screenwriter’s Lab, hosted by Joan Tewksbury. Throughout the years, she has worked on many sets, from Drunktown’s Finest (2014) to Mud (Hast?’ishnii) (2017).