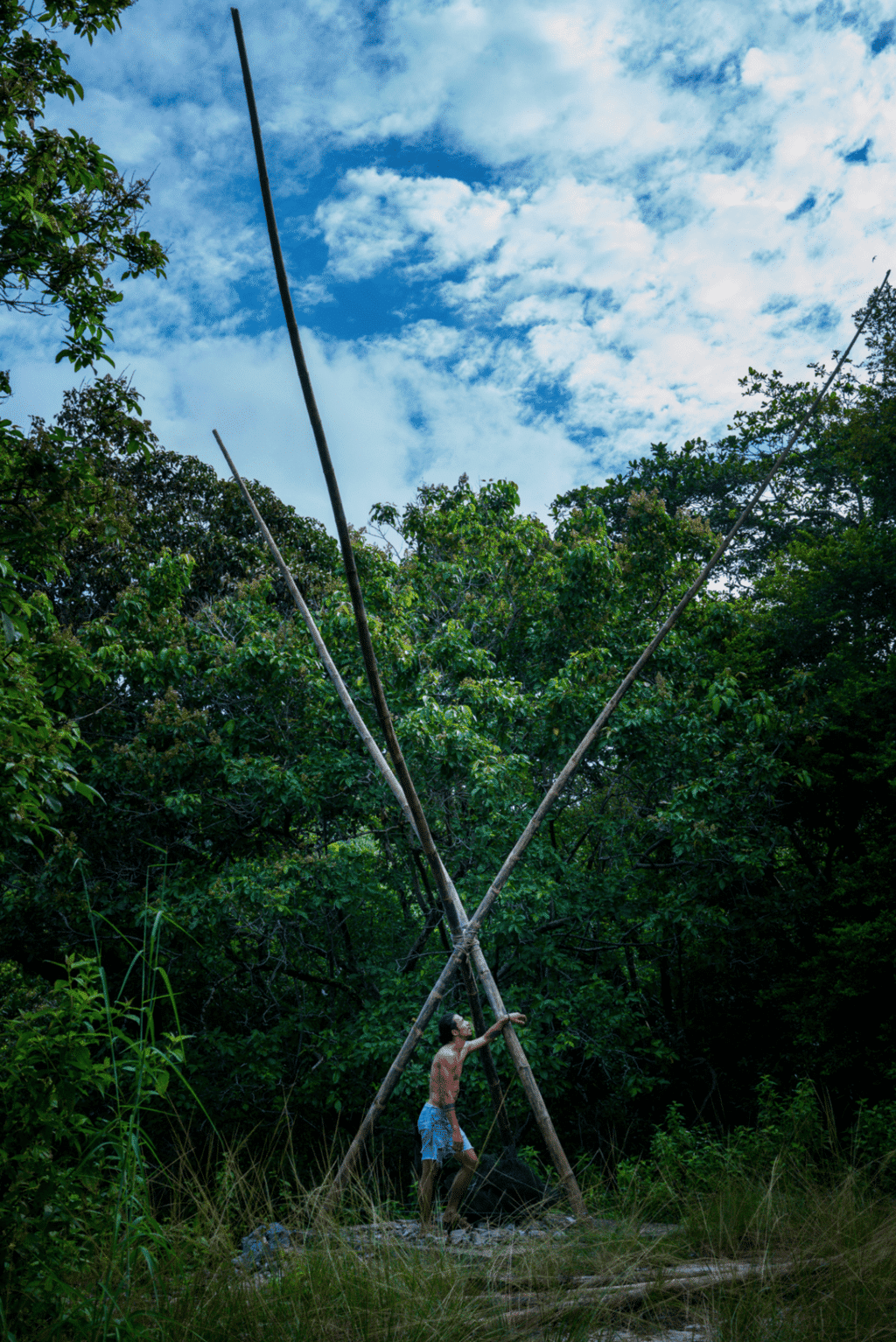 Tickets are $3 and may be purchased here. Proof of vaccination required.

The Island is a short film shot entirely on Pulau Bidong, an island off the coast of Malaysia that became the largest and longest-operating refugee camp after the Vietnam War. My family and I were some of the 250,000 people who inhabited the tiny island between 1978 and 1991, when it was once one of the most densely populated places in the world. After the United Nations High Commissioner for Refugees shuttered the camp in 1991, Pulau Bidong became overgrown by jungle, filled with crumbling monuments and relics. The film takes place in a dystopian future in which the last man on earth—having escaped forced repatriation to Vietnam—finds a United Nations scientist who has washed ashore after the world’s last nuclear battle. By weaving together footage from Bidong’s past with a narrative set in its future, I question the individual’s relationship to history, trauma, nationhood, and displacement