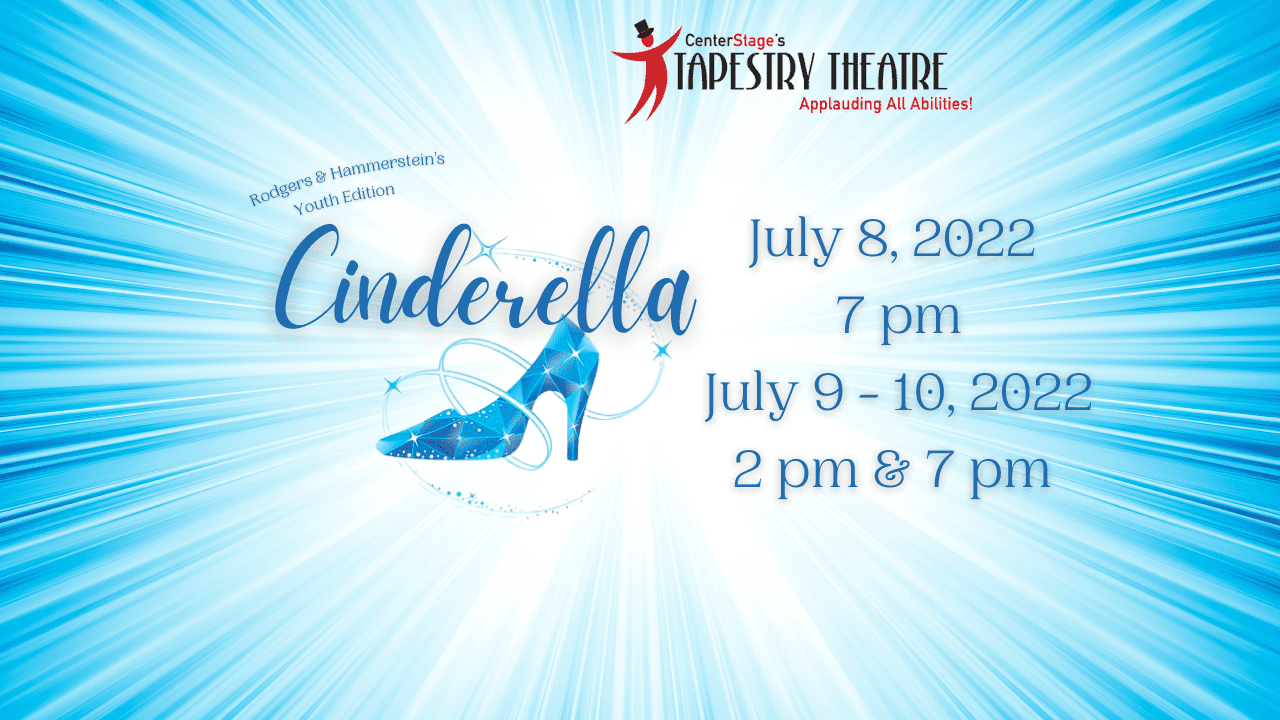 TICKETS – Friday, July 8-Sunday, July 10, 2022 – The timeless enchantment of a magical fairy tale is reborn with the Rodgers & Hammerstein hallmarks of originality, charm, and elegance. Originally presented on television in 1957 starring Julie Andrews, Rodgers & Hammerstein’s Cinderella was the most widely viewed program in the history of the medium. Its recreation in 1965 starring Lesley Ann Warren was no less successful in transporting a new generation to the miraculous kingdom of dreams come true, and so was a second remake in 1997, which starred Brandy as Cinderella and Whitney Houston as her Fairy Godmother. As adapted for the stage, with great warmth and more than a touch of hilarity, this enthralling fairy tale still warms the hearts of children and adults alike.

Join Tapestry Theatre in the retelling of this cherished classic, with all the beloved songs and familiar characters present and accounted for. However, the entire script has been condensed to better suit audiences and actors, and the plot has been slightly altered to highlight some important lessons for contemporary spectators.