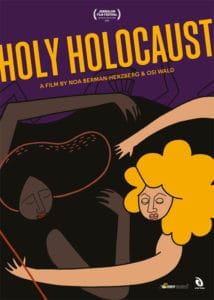 An explicit sex manual from the Rabbi comes in handy on the wedding night for an Orthodox couple in this sweet and humorous wordless short.

A cheeky Russian-Jewish teen offers a fierce comic take on the complexities and hypocrisy of modern Jewish life in Germany today.

A shocking family secret tests the relationship between an Israeli woman and her German friend in this vividly animated short based on a true story.

The Other Side: Tangled Up in Jews

In this hilarious short, a Zoom conversation between a young man, his mother, and the family rabbi becomes increasingly awkward for all involved.

An aging Israeli woman becomes distraught as her daughter gives birth halfway across the world until the kindness of strangers brings her some comfort.