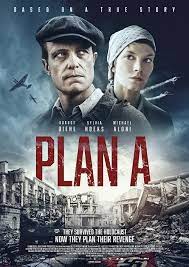 TICKETSMonday, Nov. 7, 3 pm – The themes of revenge, justice, and morality stoke this suspenseful drama depicting the dangerous secret plan by a group Jewish resistance fighters and Holocaust survivors known as “The Avengers” to poison Germany’s water system in 1945. Based on the book “Vengeance and Retribution are Mine” by Israeli historian Dina Porat, this English-language drama from Israeli directors Yoav and Doran Paz features August Diehl as a survivor fueled by rage, and Michael Aloni (“Shtisl”) as a vigilante leader plotting the biggest revenge plan in history in the immediate aftermath of the Holocaust.