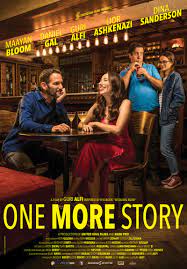 TICKETSTuesday, Nov. 8, 12 PM & Friday, Nov. 11, 3 pm – Two thirty-something Israelis go on a blind date and divulge way too much in this bracingly unconventional romantic comedy that deals with the nature of attraction itself. Directed by and starring superstar comic Guri Alfi (“New Jew”), the film focuses on the embarrassing confessions of the ambitious young woman, a self-serving journalist who has been writing a series of articles on romance based on the disasters of her friend. The success of this fresh, funny, and fearless boy-meets-girl film rests on the charisma of its two stars.