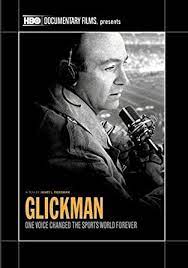 TICKETSSunday, Nov. 6, Noon – Beloved sportscaster Marty Glickman, a former athlete whose dreams were dashed by prejudice at the 1936 Berlin Olympics, went on to forge a remarkably long and influential career in sports. This illuminating documentary pays affectionate tribute to a groundbreaking sportscaster and former world-class athlete who ran alongside Jesse Owens. Produced by Martin Scorsese, it also serves as a fond remembrance of New York from the 1930s through the 1970s. Covering the Nicks and the Giants, Glickman is credited with inventing modern sports broadcasting, serving as the first true voice of the fan. He was admired by players and fans alike for his knowledge and enthusiasm, and this overdue biography reveals his equally admirable personal qualities – integrity, decency, and perseverance in the face of anti-Semitism.