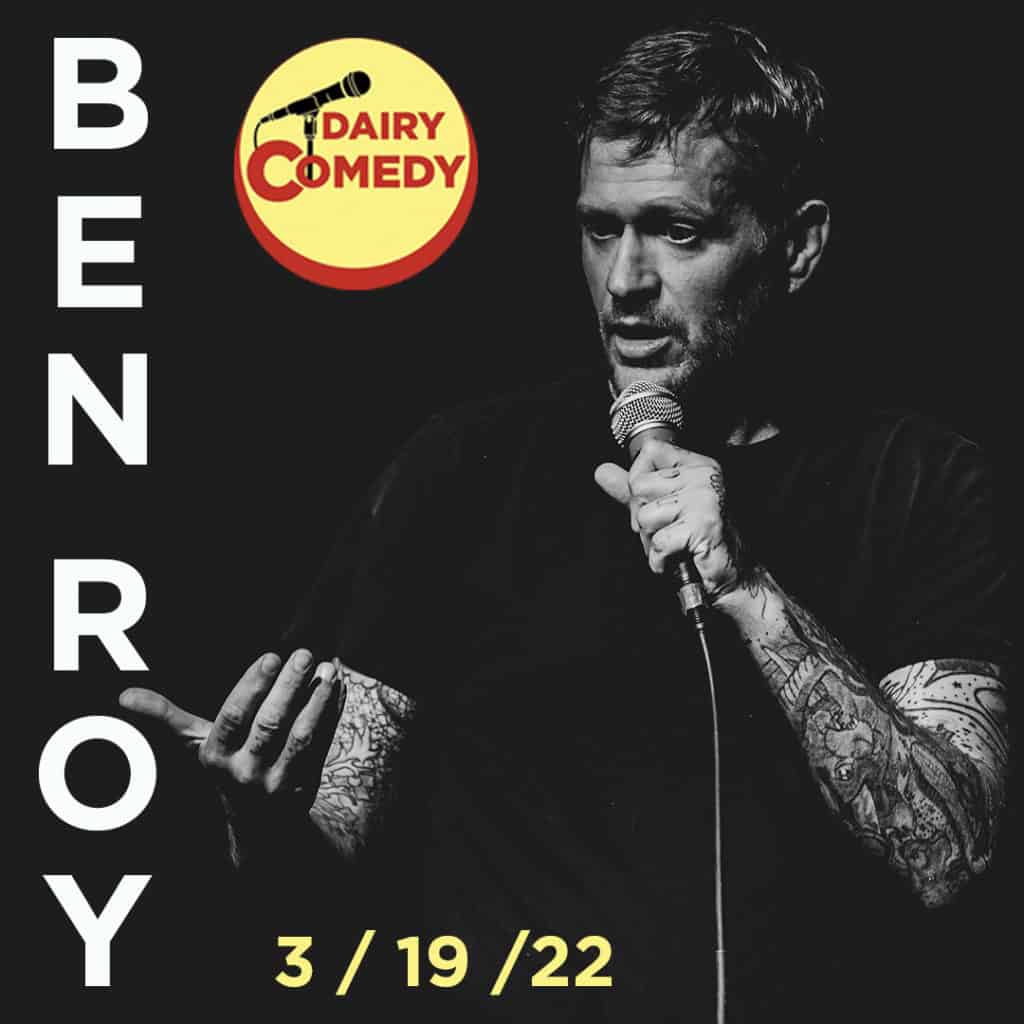 If you aren’t familiar with Ben Roy, he’s been taking comedy audiences by storm since 2004, bringing unparalleled energy and unique voice to the stage. Often compared to Lewis Black or Bill Hicks due to his passionate, ranting approach, Roy has a style that is definitively his own.
Roy cut his comedic teeth in Denver at the world-famous Comedy Works. Since then, he has been selected to perform at the Montreal Just for Laughs Comedy Festival, Just For Laughs Toronto, Just For Laughs Chicago, The New York Comedy Festival, Austin’s South by Southwest festival, and many more. Roy has been featured on HBO’s Funny as Hell series; as well as on the Comedy Central shows Adam DeVine’s House Party, Corporate, @midnight, and This Is Not Happening. Ben has also released four stand-up comedy albums and was listed as one of Variety’s Top 10 Comics to Watch.

Arlis Gold is back to host, with Hannah Jones, Lee Robinson, and Salma Zaky filling out the evening.