The Dairy Arts Center is happy to announce the opening of the Creative Nations Sacred Space–a permanent, dedicated space for Indigenous artists at the Dairy Arts Center–on Friday, September 16th from 6 PM to 8 PM. The opening will begin with a traditional blessing officiated by Harvey Spoonhunter to officially open the space at 6 PM. The Sacred Space Opening will also feature a Native Art Exhibition curated by Robert Martinez and Bruce Cook, featuring works by Arapahoe, Cheyenne, and Ute artists. The art will be on display in the Sacred Space, which is free and open to the public, on view through November 2022. Robert Martinez and Bruce Cook will give a live art demonstration for attendees. Refreshments will be available for purchase.

Founded by five Indigenous artists representing the Hunkpapa Lakota from the Standing Rock Sioux Tribe, Diné, Oglala Lakota, Mnicoujou Lakota band of the Cheyenne River Sioux Tribe, Southern Ute, Pyramid Lake Paiute, and Duckwater Shoshone, Creative Nations is a collective of Indigenous artists whose guiding principles include: providing an accurate representation of Native arts in Colorado and surrounding areas; creating opportunities, resources, and platforms for emerging artists and youth through exhibitions, performances, and mentorship; and fostering empowerment of women and relatives through Indigenous cultural traditions to bring about a balance between the masculine and feminine.

“The concept for Creative Nations began during the Dairy’s pandemic closure when many of us witnessed horrific injustices and ongoing manifestations of historic power imbalances across the nation,” states Dairy Arts Center Executive Director Melissa Fathman. “The Dairy prides itself on presenting programs that champion a variety of cultures and art disciplines each year and yet the very people who used to live here, who were murdered or forced off the land the Dairy now occupies, have never been invited into this community. Acknowledging ancestral lands is important and I am glad more organizational leaders are choosing to do that, but I wanted to do more. I wanted to also acknowledge people and their creations. I cannot give back the land, but I can give indigenous artists a dedicated space at the Dairy to reconnect and come together in healing, celebration, and creation.”

During its first year, while the Sacred Space was being built, Creative Nations produced many programs in the Dairy’s galleries and theaters, including

Creative Nations continues to grow and flourish with the recent hire of Marty Strenczewilk as Creative Nations’ first Managing Director. Strenczewilk is an emerging Ojibwe playwright and co-founder of an NYC Off-Broadway theater company, who is offering his skills to launch a Native Playwright series, the only opportunity of its kind in the state of Colorado. Through this initiative, Native playwrights and storytellers will see their work come to life in full productions at The Dairy, creating job opportunities for native crew, performers, and production teams behind the scenes. The new Sacred Space provides exhibition space, rehearsal space, and an intimate setting for readings and workshops, while Creative Nation’s access to every theater at The Dairy at no cost provides opportunities for full-scale production and world premieres of new work.

“The opening of the Sacred Space is an important moment for Colorado-based indigenous artists, as a tangible action toward Land Back to the first peoples of this land,” said Marty Strenczewilk, Managing Director of Creative Nations. “This space will provide real opportunities for Native artists to create new work and share it with the people of Colorado.”

Upcoming programming that Creative Nations’ artists are excited to bring to the Dairy includes the annual Indigenous People’s Day Weekend Art Market. The market will be open from October 7-10th, where patrons can purchase art from native vendors and food from native restaurants. The weekend will also feature traditional native dance groups, native music, a reading of a new native play, a native fashion show, and screenings of native films throughout the weekend. 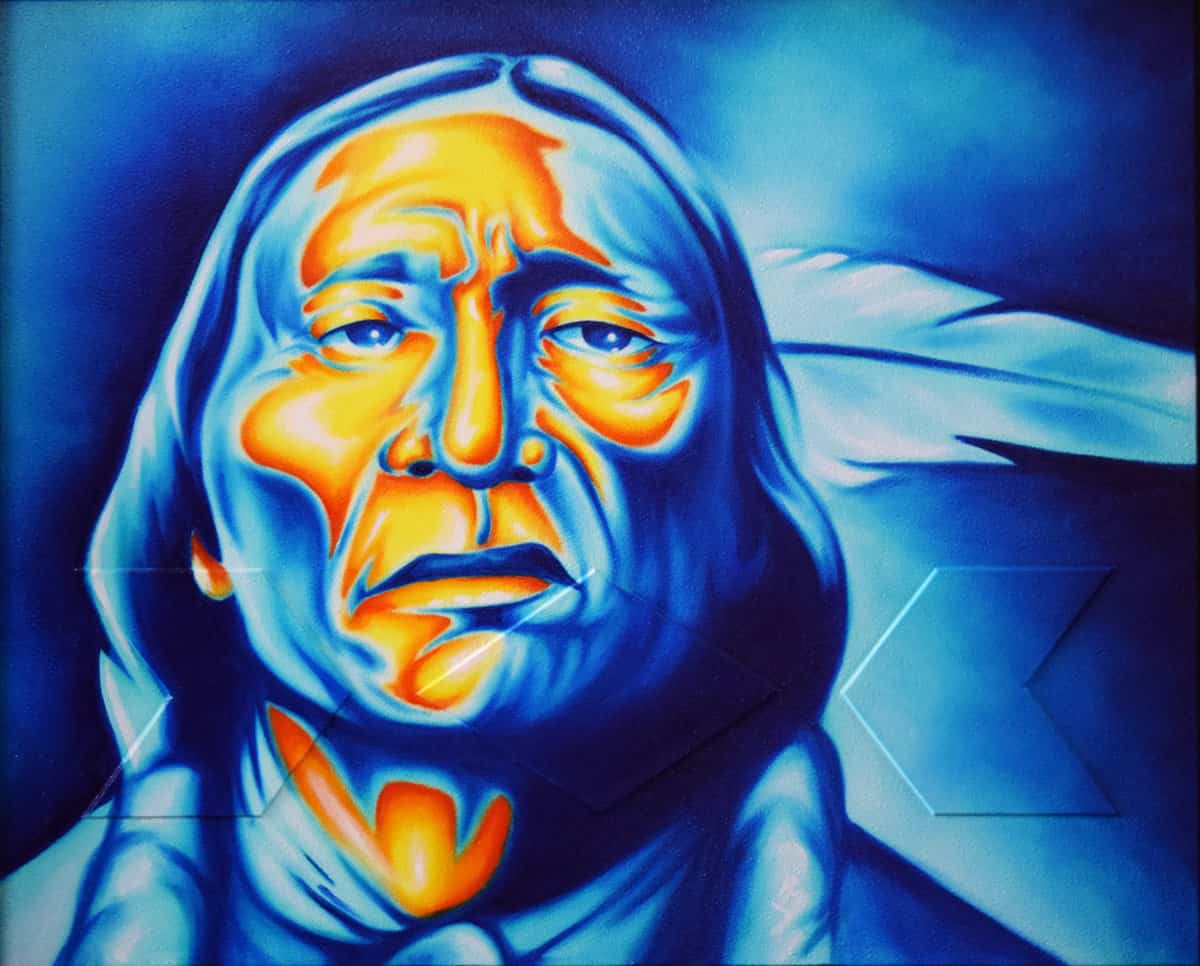 Robert Martinez was born in Wyoming on the Wind River Reservation in the small city of Riverton. He grew up a part of many different cultures as his lineage is Spanish, Mexican, Scotts Irish, French Canadian and Northern Arapaho. He graduated Riverton High School at 17 and through a scholarship, attended the Rocky Mountain College of Art & Design. He graduated with a Bachelor of Fine Arts specializing in Painting & Drawing and minoring in sculpture. In 3 years and at age 19, he became the Youngest Native American to graduate from RMCAD at that time.

As he was brought up in the center of the reservation, his native heritage remains a constant inspiration and source of ideas for his work. Living among the hard-working people of the West and experiencing their issues also deeply influences his creations. The past and present resonate strongly in Wyoming and those historical and contemporary chords echo throughout his pieces.

Much of Robert’s current work uses the historical imagery, myths and stories of the West & Arapaho Culture combined with modern themes to create images that have a statement on the issues of today. Using intense vibrant colors and contrasting shades of light and dark, he paints and draws striking forms that are confronting and engage the viewer.

His paintings and drawings have been shown across the Nation and have garnered noted acclaim. His work is included in the permanent collections of the Red Cloud Heritage Museum, The Brinton Museum, The Plains Indian Museum at the Cody Center of the West, and the Smithsonian National Museum of the American Indian.

A strong supporter of Education and of the Arts, Robert devotes time to helping and mentoring emerging artists on his reservation in Wyoming and the western region. He gives back to the community by speaking about art topics, giving workshops, and demonstrates his style to schools, agencies, and art groups. 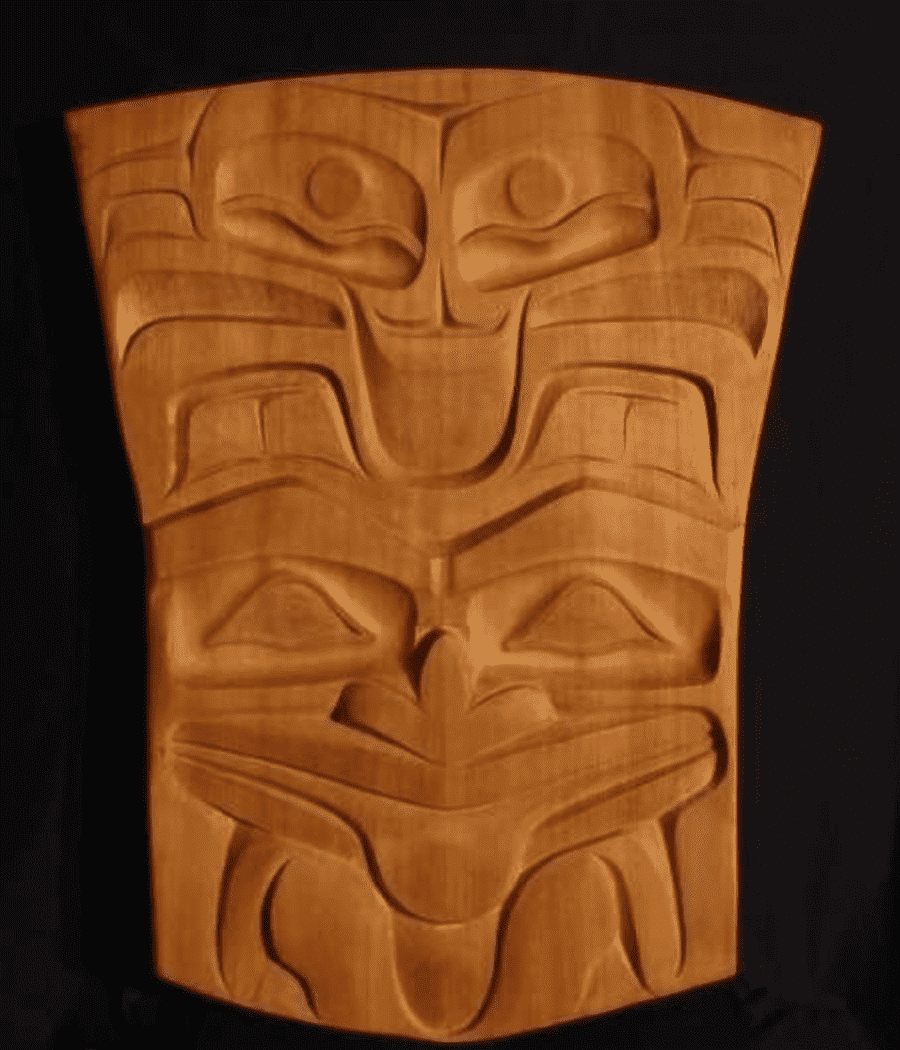 As a Haida artist, I live on the edge of the knife; walking a fine line, which allows me to create simultaneously in both the traditional and contemporary styles. Learning from the past masters allows me to explore and innovate to now survive in this modern age.

Over the years I have been steeped in the traditional methods of carving, painting, printmaking, and toolmaking.  I have worked with some very well-known artists, who have all helped hone my craft.  The skills and techniques that I now use in my creations are becoming more widely accepted in the creation of Haida art.  For me to think I have done this on my own, would be foolish, my works in contemporary mediums relate directly back to my Haida ancestry, all the while knowing my work is part of a larger picture that is ever-changing.

My artistic education and training in Haida Art began in 1975 from the inspiration of my uncle, Glen Cook’s argillite and wood carvings.  In 1988, I worked with Haida Master Artist Warren Peele on flat design.  I later met Haida Master Artist Robert Davidson, which led me to an apprenticeship with Steven C. Brown, the Seattle Art Museum Curator of Northwest Coast Art.  From 1994-95, I attended Northwest Indian College and pursued a degree in Native American Studies and art, focusing on screen-printing and sculpture.  I also earned a degree from The Evergreen State College in Native American Studies focusing on graphics and sculpture in 1997.  To this day, my education continues, having taken classes from Master Artists to learn techniques in mask making, tool making, and jewelry making, as well as carving techniques and model canoe design, just to name a few.

Some of my many exhibitions include a showing at the Washakie Museum and Cultural Center with the Northern Arapaho Artist Society and the National Geographic Society involving the Greatest Photographs of the West and a series of carvings and paintings in 2016.  In 2015, I was featured in the Resurgence: Rivers of the Pacific Northwest at the Stonington Gallery in Seattle, Washington.  Also in 2015, I was featured in a Native Art Show with the Northern Arapaho Artist Society at the Rock Springs Fine Art Center in Rock Springs, Wyoming.