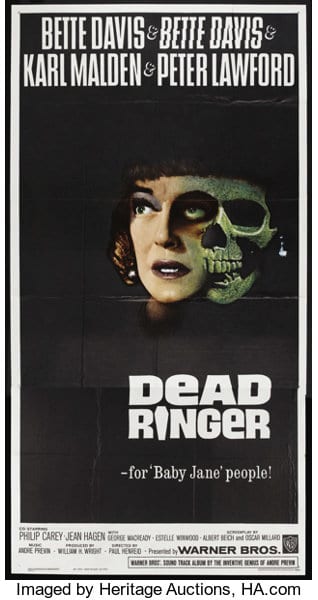 TICKETS Oct 26 – The working-class twin sister of a callous, wealthy woman impulsively murders her out of revenge and assumes her identity. But impersonating her dead twin is more complicated and risky than she anticipated. This is a remake of a Mexican film, “La Otra,” with Dolores del Rio, and was the second time that Bette Davis played twins. (Paul Henreid, 1964, USA, 1:56, NR)