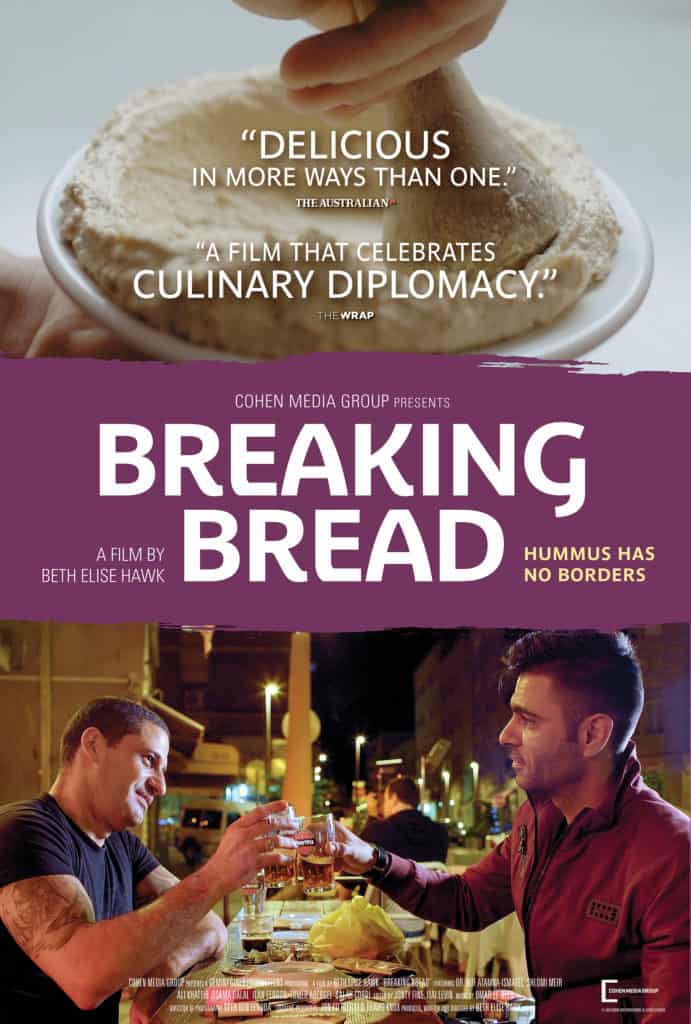 March 9-13 – BREAKING BREAD is a documentary that explores the A-Sham Festival, a groundbreaking food festival where Arab and Jewish chefs work in tandem to create mouthwatering dishes in order to foster social change. Founded by microbiologist Dr. Nof Atamna-Ismaeel, the first Muslim Israeli to win Israel’s television cooking competition, MasterChef, the action unfolds in the city of Haifa, a model of multicultural coexistence. The chefs put personal spins on traditional recipes handed down over generations – including kishek (a Syrian yogurt soup) and qatayef (a dessert served during Ramadan) – transforming flavors while political and religious differences melt away. A treat for the senses, this delectable showcase of culinary heritage gives hope to the idea that collaboration in the kitchen could be a bridge to mutual understanding and, perhaps, a first step toward a lasting peace. (Beth Elise Hawk, 2020, USA/Israel, 1:25, NR)
+ Google Calendar+ Add to iCalendar