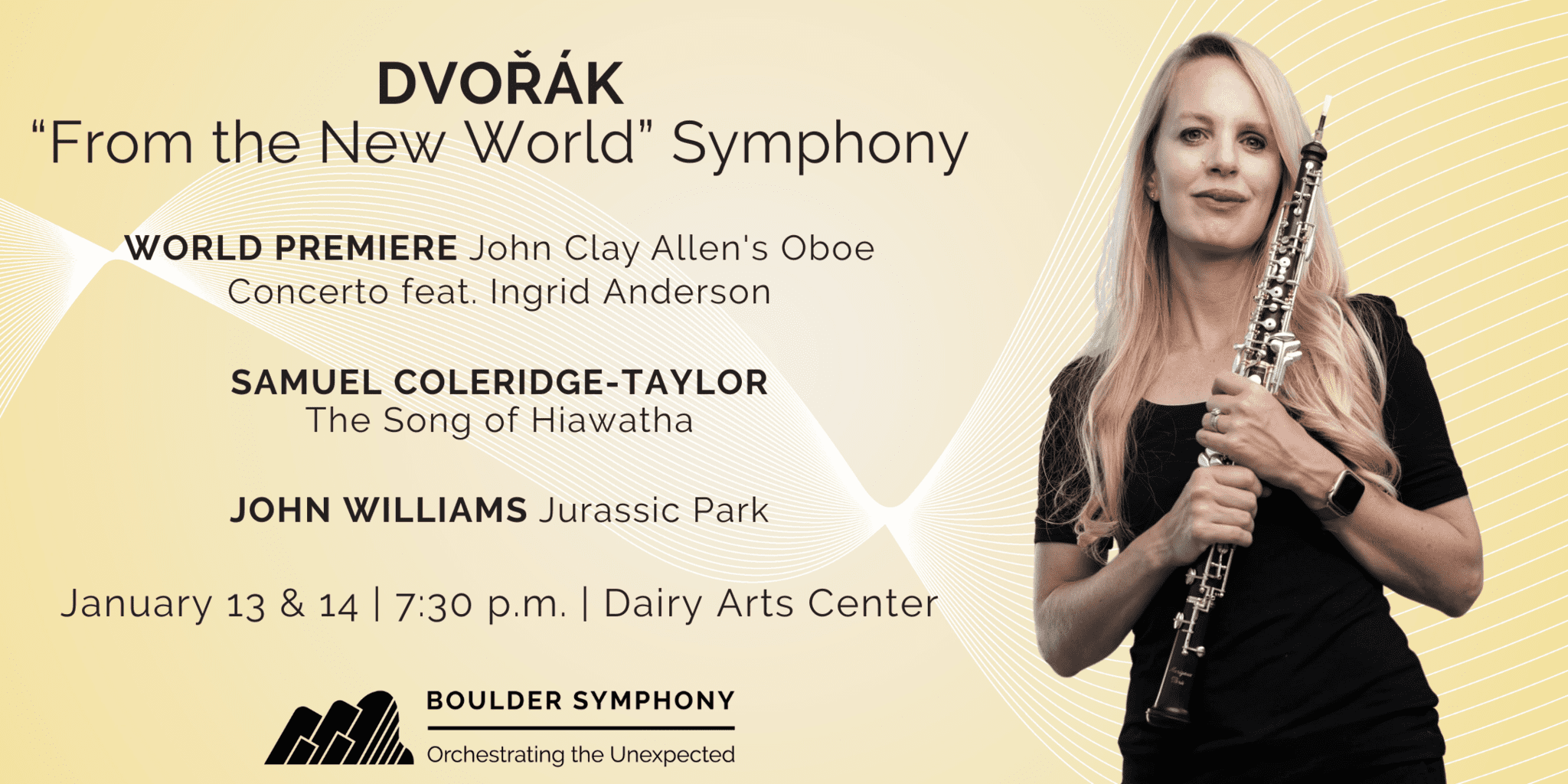 Dvorak prophesied in 1892 that the music of the future would come from African American spirituals. He also used American styles and folk music to create the first great “American” symphony of the New World.

Also featured will be John William’s Themes from Jurassic Park and Samuel Coleridge-Taylor’s Song of Hiawatha.