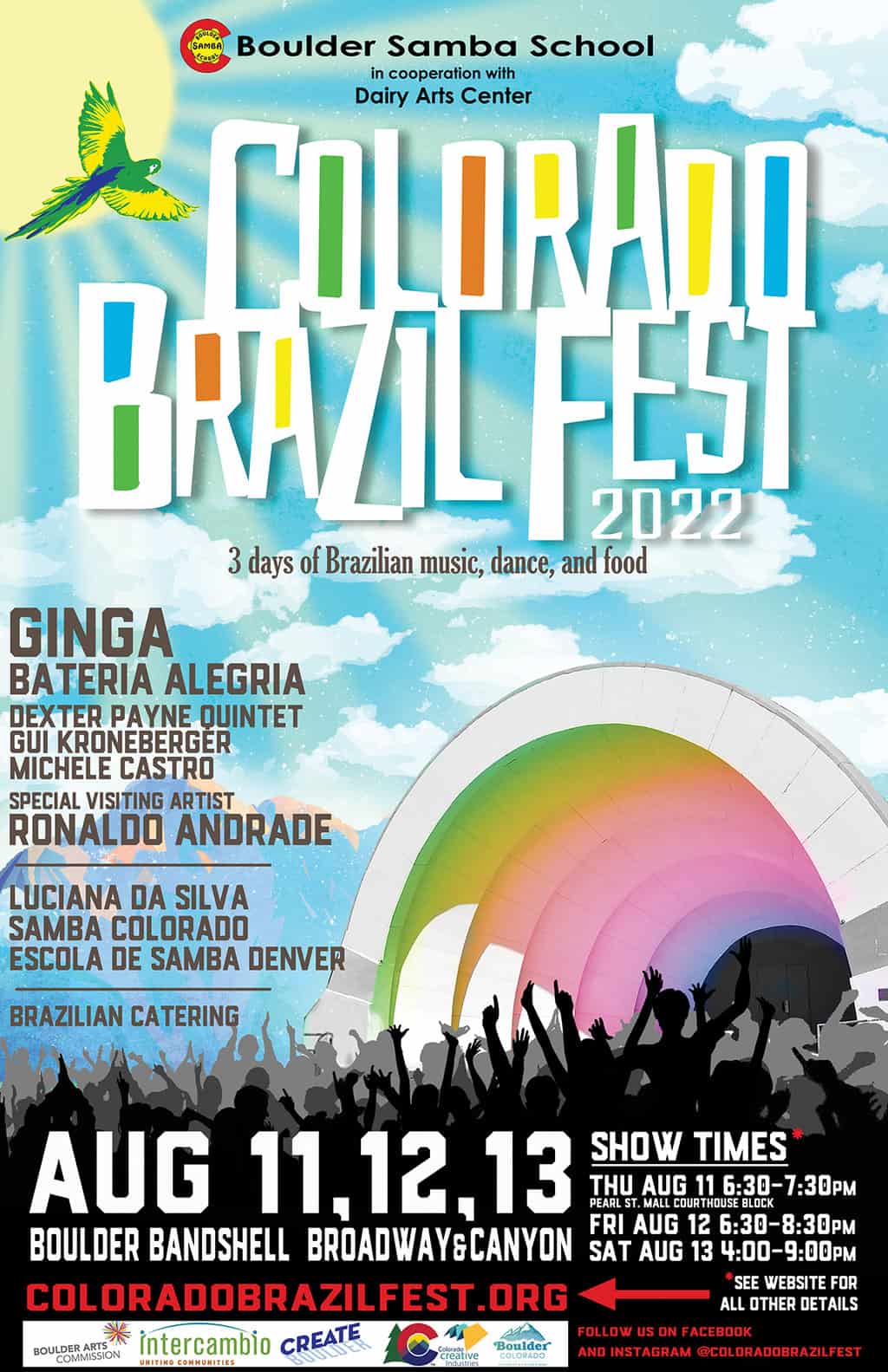 Ticket Combo discounts will be automatically applied when you put multiple shows in your cart.
Saturday Pass for both shows – $40
All Festival Pass – $65
8/13 – Samba Dance Lesson at 6:00PM. Show starts at 6:30PM

Ginga: Cultivated in Boulder, Colorado and composed of some of the best jazz, classical and salsa musicians on the Front Range, Ginga is the powerhouse Brazilian band in Colorado. They can bring an audience to a quiet purr with a sultry Bossa Nova or blow the roof off the evening with a full blown Carnaval style samba dance party. Ginga has been dazzling audiences with the captivating rhythms and energy of traditional Brazilian music for over a decade.

Ronaldo Andrade: One of the most talented U.S.-based Brazilian samba entertainers! Originally hailing from São Paulo, Ronaldo performs with his group Turma do Samba in the NYC metro and surrounding regions, and has been a faculty member at the famous California Brazil Camp since 2011. And in 2021, he performed with samba legend Jorge Aragão on his USA tour. With his background in Samba and deep interest in other traditional Brazilian music genres, Ronaldo brings an unparalleled and unconventional interpretation of the traditional samba and forró tunes. His brilliant debut CD, Trilha da Minha Vida, debuted in 2016.

Quenia Ribeiro: Quenia Ribeiro is a dancer, choreographer and dance instructor from Rio de Janeiro Brazil with over 25 years of experience in the field. Quenia has performed Samba and Afro Brazilian Dance in Greece, Martinique, Portugal, Brazil and throughout the United States. Her studies and experience in dance extend from Classical Ballet to the street Samba of Rio De Janeiro and back to the roots of Samba through Afro-Brazilian Folkloric Dance and Orixa movements rooted in Africa.