BJFF Favorites: For the Love of Spock 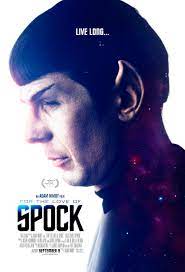 July 12 – To celebrate the 10th Anniversary of the Boulder Jewish Film Festival, Kathryn Bernheimer, Founding Director of the Festival, has selected some audience favorites to view over the summer and fall. The son of actor Leonard Nimoy directs this moving look at his father’s portrayal of Spock, the iconic “Star Trek” character he played for 50 years. An examination of the enduring appeal of Leonard Nimoy and his portrayal of Spock in Star Trek. (Adam Nimoy, 2016, USA, 1:51, NR)
+ Google Calendar+ Add to iCalendar