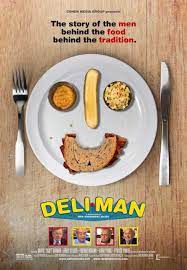 Sept 13 – Ziggy Gruber, whose beloved Houston deli is his life’s mission, is the grandson of the original owner of the Rialto Deli, the first Kosher deli to open on Broadway in New York City in the 1920s. Both an intimate look at one big-hearted man and a tribute to the fading deli tradition itself, the juicy film takes a mouth-watering look at food, culture, community, love, and family, enlivened by luminaries such as Larry King, Jerry Stiller, Fyvush Finkel, Freddie Roman and Alan Dershowitz and numerous deli owners who appreciate the delectable importance of pastrami on rye. (Erik Greenberg Anjou, 2014, USA, 1:32, PG-13)