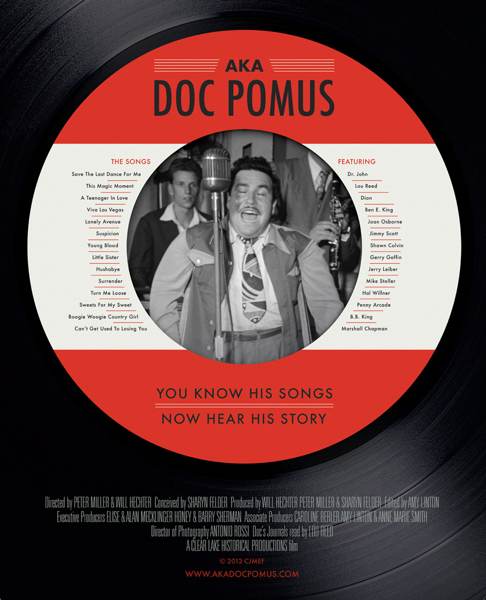 Aug 23 – Brooklyn-born Jerome Felder was the most unlikely of rock & roll icons and the first white person inducted to the Rhythm and Blues Hall of Fame. Paralyzed with polio as a child, he triumphed over adversity, reinventing himself first as a blues singer called Doc Pomus, then as a songwriter, creating some of the greatest hits of the early rock and roll era: “Save the Last Dance for Me” (written for his wife, with whom he was unable to dance due to his crutches), “A Teenager in Love,” “Viva Las Vegas,” and a thousand others. Packed with incomparable music and rare archival imagery, this star-studded tribute to a man who lived life to the fullest is pure joy. (William Hechter & Peter Miller, 2012, Canada, 1:38, NR)