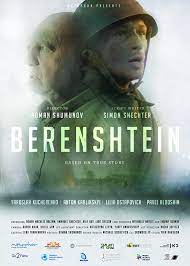 TICKETSWednesday, Nov. 9, 3 pm – The exploits of a Jewish Ukrainian war hero, the last of the great partisans, are portrayed with incredible force in this haunting WW II drama honoring his legacy and mourning his sacrifices. An interview with Berenshtein, an old man living humbly in Israel, is intertwined with the feature film depicting his valor and the horrors he encountered. Israeli director Roman Shumunov, who grew up in Georgia, wisely eschews war movie cliches as he delves into the inner life of a soldier credited with changing the outcome of WW II.