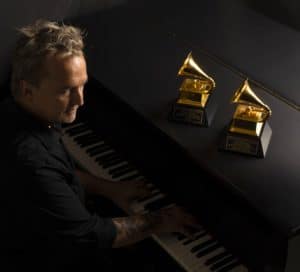 Friday, 09/24/21, 8pm & Saturday, 09/25/21, 8pm – Peter Kater offers an intimate solo piano concert (in the round). Peter has been a leading innovator of contemporary instrumental music for over 3 decades. He’s received many awards and accolades for his rich and diverse music including 14 Grammy Award nominations and two Grammy wins. He’s released over 70 critically acclaimed recordings and has scored the music for over 100 television and film productions including 11 On & Off-Broadway dramatic plays. From solo piano and contemporary jazz ensembles to full orchestral works, his cross-genre music is heard all over the world from the Olympics to Carnegie Hall. He is known for his many groundbreaking collaborations with musicians such as Native American flutist R. Carlos Nakai; Sting guitarist Dominic Miller and Sacred Chantress Snatam Kaur. And as an avid environmentalist and humanitarian Peter is a proud recipient of the Environment Leadership Award from the United Nations. Come sit within a few feet of Peter while he improvises and performs some of his best-loved compositions. Take turns lying under the piano for a complete sound bath immersion of his piano harmonics. An event not to be missed.
+ Google Calendar+ Add to iCalendar